The Fight for AR Voter Rights

Groups Sue State; Fight for the Rights of Arkansas Voters

Every Arkansas Voter has the right to make their voice heard. Our state motto is Regnat Populus, Latin for “the people rule.” But Arkansas’ extremist legislators want to control who votes and who doesn’t. This past legislative session, 17 anti-voting bills were filed; eleven were signed into law, ensuring Arkansas stays at the very bottom for voter turnout and voting rights nationwide.

Arkansas’ voter suppression bills are part of a larger, false-narrative peddled by the far right– that the 2020 election was rigged and voter fraud rampant. National groups like ALEC and the Heritage Foundation are responsible for a coordinating and pushing anti-voting efforts across state legislatures. Simply put, the far right only wants certain people to vote.

At home, Arleg’s anti-voting bills were also personal. Several bills were a direct response to For AR People’s work during the Pulaski County Election Commission debacle of 2020. Our group, along with volunteers from non-partisan, nonprofit organizations across Pulaski County, worked tirelessly to contact every absentee voter– regardless of party affiliation– whose ballots needed fixing or “curing.”

With eleven new anti-voting laws on the books, things are grim. But we know Arkansas voters are worth fighting for. Democracy Docket, a leading national voting rights advocacy group, has joined forces with the League of Women Voters of Arkansas and Arkansas United. Together they have filed suit against Arkansas for its new voter suppression laws. From their press release:

“The bills go after every aspect of the election process: requiring signature matching of absentee applications, cutting the time to return an absentee ballot, removing the option for registered voters without an ID to sign an affidavit, and banning line warming. The lawsuit claims that all four laws violate the Arkansas constitution.”

For AR People is thrilled to see national groups like Democracy Docket stepping up to fight for the rights of every Arkansas Voter. We’re committed, more than ever, to defending your access to the polls. Together with your help and with our partner groups, we: 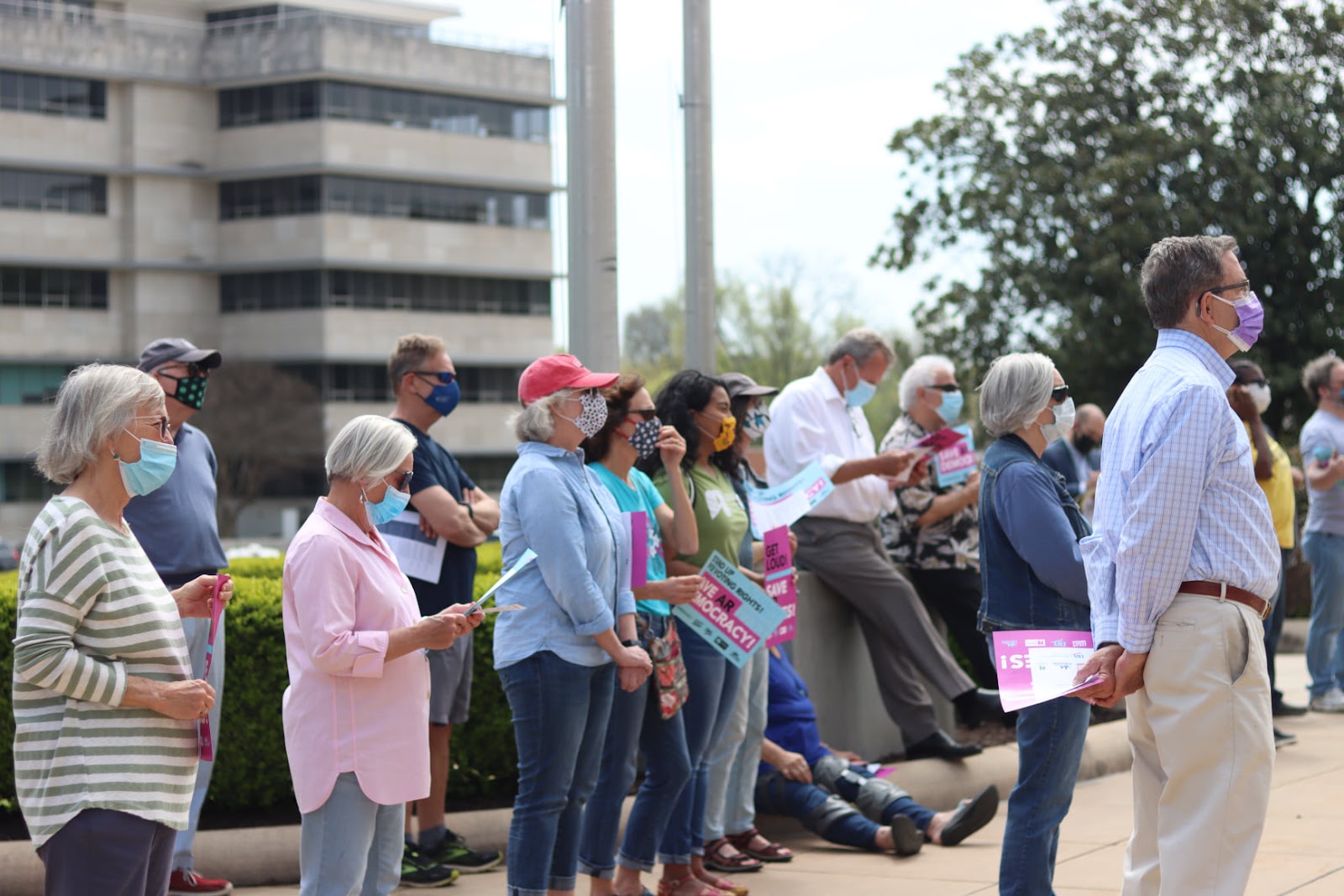 We stand with the League of Women Voters of Arkansas, Arkansas United and Democracy Docket in their fight to save AR votes. Now, more than ever, we are invested in showing Arkansans that their voices matter.

Want to get involved? Follow us and learn how you can do your part to make Arkansas fairer and stronger. Get loud– volunteer to register voters. Sign up to knock on doors. Learn who your reps are and what they fight for. Run for office. And lastly hold your leaders accountable at the ballot box. Because in Arkansas, the people rule.